Theo Van Doesburg, was a Dutch artist, who practised painting, writing, poetry and architecture. Best known as the founding member and leader of De Stijl. He was born on this day in 1883 in Utrecht, Netherlands. 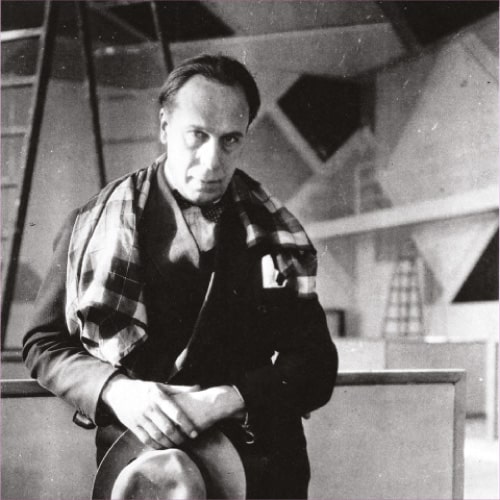 Architype van Doesburg derives from the 1919 experimental geometric alphabet by Theo van Doesburg, whose work was heavily influenced by De Stijl theories, specifically rectangularity. The typeface has been constructed on the same 5 x 5 grid, and the character set is limited by his ‘single alphabet’ theory.

The font Architype van Doesburg is part of the Architype Konstrukt collection. A set of avant garde typefaces deriving mainly from the work of artists and designers of the inter-war years, whose ideals have helped to shape the design philosophies of the modernist movement in Europe.

To see more of Architype van Doesburg and his other typeface Architype Aubette see here.